﻿Key Concept 6.1﻿  Science and the Environment
Rapid advances in science altered the understanding of the universe and the natural world and led to the development of new technologies. These changes enabled unprecedented population growth, which altered how humans interacted with the environment and threatened delicate ecological balances at local, regional, and global levels.
KC 6.1﻿ I﻿.  Researchers made rapid advances in science that spread throughout the world, assisted by the development of new technology.
KC 6.1 I. ﻿A.﻿  New modes of communication and transportation virtually eliminated the problem of geographic distance. 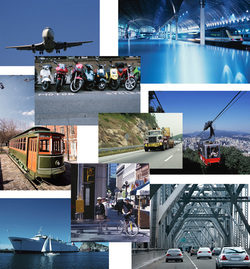 New modes of transportation and communication has mad the world much smaller and more alike.  Because of this globalization has occurred.  Globalization is process in which many parts of the world are becoming alike due to the ease of travel and multinational businesses.  An example of globalization is the presence of companies like McDonald's in every continent.
KC 6.1 I. ﻿B﻿.  New scientific paradigms transformed human understanding of the world.
Examples • The theory of relativity • Quantum mechanics • The Big Bang theory • Psychology
KC 6.1 I. ﻿C﻿.  The Green Revolution produced food for the earth’s growing population as it spread chemically and genetically enhanced forms of agriculture.

The Green Revolution was the notable increase in cereal-grains production in Mexico, India, Pakistan, the Philippines, and other developing countries in the 1960s and 1970s. This trend resulted from the introduction of hybrid strains of wheat, rice, and corn (maize) and the adoption of modern agricultural technologies, including irrigation and heavy doses of chemical fertilizer.This contributed greatly to the economies of these and other developing countries and also aided population growth in those countries.
KC 6.1 I. ﻿D﻿.  Medical innovations increased the ability of humans to survive.
Examples • The polio vaccine • Antibiotics • The artificial heart 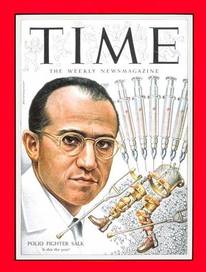 Jonas Salk developed the Polio Vaccine in mid-1950s successfully ending the fear many people had about contracting this crippling disease.  Most victims to Polio were children and most famously to President Franklin D. Roosevelt.
KC 6.1 I. ﻿E﻿.  Energy technologies including the use of oil and nuclear power raised productivity and increased the production of material goods.
KC 6.1 I. ﻿II﻿.  As the global population expanded at an unprecedented rate, humans fundamentally changed their relationship with the environment.
KC 6.1 II. ﻿A﻿.  Humans exploited and competed over the earth’s finite resources more intensely than ever before in human history. 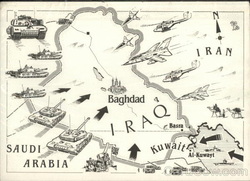 When Iraq, under the rule of Saddam Hussein, invaded the oil rich country of Kuwait in 1990 the world responded.  The United States led a coalition of countries into war known as Desert Shield to protect Kuwait.  The war moved quickly into Iraq in a stage known as Desert Storm.  Despite the claims of preserving democracy (which Kuwait did not have), most of the world did not want a dictator like Saddam Hussein controlling massive oils in Kuwait.
KC 6.1 II. ﻿B﻿.  Global warming was a major consequence of the release of greenhouse gases and other pollutants into the atmosphere.
KC 6.1 II. ﻿C﻿.  Pollution threatened the world’s supply of water and clean air. Deforestation and desertification were continuing consequences of the human impact on the environment. Rates of extinction of other species accelerated sharply.